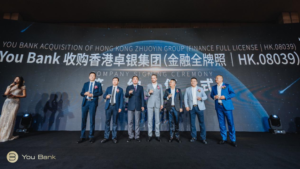 Following the official signing ceremony,Mr. Liu Yang, You Bank’s promotion ambassador for the Asia Pacific region, introduced You Bank’s global operation mode from the Asia market perspective. He also renewed his call on practitioners of the global digital economy  to keep a forward-looking vision, to create new things in the era of blockchain 3.0 and, to allow the “blockchain+” model to inject new vigor to the more traditional industries. He also encouraged You Bank to collaborate with more enterprises and share the dividends of blockchain 3.0 era, and to work together to build a new pattern for the global economic market.