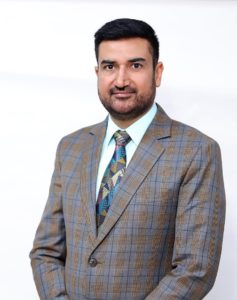 Energy-efficient technologies and digitalisation are poised to shake up India’s secondary steelmaking industry.

With India now being a global player in the steelmaking field, a sector known as the secondary steel industry holds the key to the country’s future economic success.

India’s finished steel consumption is expected to increase to 230 million tonnes by 2030-31 from 90.68 million tonnes during 2017-18, according to India Brand Equality Foundation (IBEF), with growth driven largely by domestic demand as a result of the country’s rapid urbanisation. The trend has prompted Indian steel producers to step up their respective efforts in order to satisfy growing demand.

The secondary steel sector accounts for more than 57 percent of India’s total steel production, according to The Federation of Indian Chambers of Commerce and Industry (FICCI). Secondary steelmaking uses scrap steel as the primary raw material.

The sector’s operators face multiple challenges such as increasing imports of steel products, high electricity prices and a slowing economy. As a result, makers of secondary steel are seeking innovation – in terms of the machinery they use – in order to bring down energy consumption and to increase yield.

Yogiji Digi, one of India’s largest steel and iron suppliers in the secondary steel sector with a market share of between 20 percent and 25 percent, has been renovating its rolling mill lines to help steel producers to do just that.

“In steel manufacturing, innovation is in the process,” Navneet Singh, managing director at Yogiji Digi, said in an interview with Innovation Hong Kong.

A cold rolling mill is a critical piece of machinery in secondary metalworking. It is used to pass metal between a pair of rotating rolls to reduce the thickness of the material and to make that new thickness uniform. Uses for flat steel products include in motor vehicles, construction projects, heavy machinery, pipes and tubes.

A considerable portion of Yogiji Digi’s clientele comes from the construction sector, with the automotive sector second in terms of such contribution, noted Mr Singh.

As a cold rolling mill supplier, Yogiji Digi has revamped its rolling mills in order to boost productivity and produce higher-quality products, for example by use of ultra-thin and tight-tolerance gauges.

“Old cold rolling mills have many drawbacks such as high electric and energy consumption with low yield. The revamped mills can achieve 20 percent reduction in electricity cost,” explained Mr Singh.

Efficient energy use in steelmaking not only helps ramp up a company’s credentials in ecological terms, but also makes great business sense. Energy consumption accounts for approximately 40 percent of steel production costs, as shown by data presented by the World Steel Association (WSA).

Electric motor technology has a big role to play in moderating the consumption of electrical power by the sector. In the new-era mills, standard DC motors – used to convert direct-current electrical energy into mechanical energy – have been replaced by AC motors – driven by an alternating current. They can reduce by up to 20 percent the power consumption on account of several factors. They offer improved motor efficiency, reduction of the heat loss typically associated with harmonics, reduced loss of energy at the transformer phase, and lower power consumption, he said.

Apart from cutting down on energy usage, the new-generation motors were able to enhance steel rolling productivity, Mr Singh explained. Use of such motors allowed proper coordination between the technology components, including various hydraulic and cooling actuators as well as electronic sensors for better control of the flattening process, and higher gauge accuracy.

For a year now, 3D printing – offering cost and time reductions compared to conventional methods – has been used in building prototypes for the construction of rolling mills, the executive added. “A time-based Automatic Gauge Control system enables the measurement of all parameters online; the storing of them in computers; and the generation of digital reports,” he stated.

“It allows real-time display of material entering and exiting the rolling mills, and enables use of a diagnostic software system to show deviations and hiccups of manufacturing.”

A recent report from consulting firm McKinsey & Company indicated that improved yield, energy, and throughput – or “YET” as it is known in analytics – could improve the earnings before interest, taxation, depreciation, and amortisation (EBITDA) of steel producers by between 2 percent and 3 percent, and reduce manufacturing costs by between 3 percent and to 5 percent.

Mr Singh said he believed the Indian steel industry should in future focus on quality, instead of quantity, to stay ahead in global competition. Yogiji Digi, he added, has a strong international foothold and continues to steadily expand its business.

According to the WSA, crude steel output in India increased by 4.9 percent, to 106.5 million tonnes last year, meaning the country for the first time supplanted Japan as the world’s second-largest producer of steel.

India’s tally is promising but still far behind China, which topped the chart with 928.3 million tonnes of crude steel production in 2018.

“Per-capita steel in India needs to rise five times to be up to par with China, so we have huge potential for growth,” Mr Singh told Innovation Hong Kong.