Learn from what you hate as a guest: Ovolo Hotels CEO

“In my original equipment manufacturer days, I used to travel a lot, and stay in different hotels. The whole experience of things I didn’t like about many hotels, made me think “When I run a hotel, I won’t want these things in it’.”

So says the Hong Kong-based entrepreneur Girish Jhunjhnuwala, a former watchmaker, and founder in 2002 of a serviced apartment business that developed by 2010 into the boutique Ovolo Hotels brand, part of Hind Hotels and Properties Ltd under Hong Kong’s Hind Group.

The Ovolo brand now has three hotels in Hong Kong: two on the north side of Hong Kong Island at Central and Sheung Wan, and one on the south side at Wong Chuk Hang. It has a further six hotels in Australia.

The businessman, who is Chairman and Chief Executive of Hind Hotels, got the idea for the name Ovolo from his architect.“He really liked the architectural form of an egg… and each egg is unique,” said Mr Jhunjhnuwala.Every Ovolo now has an “egg-shaped wall” fashioned in metal, as part of the brand’s identity. Hind Hotels additionally has a Hong Kong property under a new brand called Mojo Nomad: it is at Aberdeen Harbour and is aimed at younger millennials. The group also owns a luxury boutique hotel called The Valley Brisbane in Queensland, Australia, and a serviced accommodation property called Nishi Apartments in Canberra, in the Australian Capital Territory. 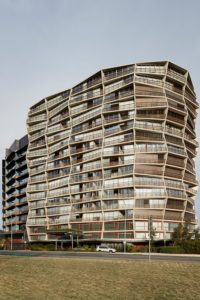 In an interview with Innovation Hong Kong, Mr Jhunjhnuwala explained the ideas behind his hotel business, and how innovation – some of it in management style and some of it in terms of technology – had led the hospitality brand to become a disrupter of an old and highly competitive industry.

In his previous life as a manufacturer, Mr Jhunjhnuwala was “making mental notes” on his travels from hotel to hotel. I would think “Why do people do such and such a thing? It’s so unfriendly,” he told us. “If you have guests coming to your home, you don’t charge them for water, do you? I think it’s so unfriendly that a hotel room has bottled water that sits on sensors and if you move the bottle, you have to pay for it,” he added.

The entrepreneur decided that in his hotels, the minibar had to be free. “We don’t like nickeling and diming. When you walk through our doors, everything in the room is yours,” he said. “Having the free happy hour in the evenings, or the free breakfasts, these are simple things you provide your guests with,” he asserted.

Asked how his brand was able to offer more than some peers and maintain margin, Mr Jhunjhnuwala stated that part of the answer was a more efficient operation. “Many hotels hire people to look at the minibar… what’s missing, where’s the chit? How much margin do you think these guys are making? How much do you think they can sell? With us, it doesn’t matter. Our housekeeping will replenish it. You don’t need somebody else especially coming to replenish it,” he added.

Nor does the hotel chain chase novelty in business practices for the sake of it. Innovations you will find at Ovolo Hotels include the voice-activated artificial intelligence platform Amazon Alexa in guest rooms for playing of guests’ favourite music via Spotify, a music and video streaming service. Each hotel also offers in-room Apple TV and a service called radiovolo, described as a “carefully-curated playlist” of music, available via either Spotify, or other music streaming services such as Tidal or Google Play Music. There are also plans to upgrade the electrics in the chain’s guest rooms so that utilities such as lights can respond to voice-activated commands.

What you will not find currently at an Ovolo hotel is the option of payment by cryptocurrency token on the consumer side, nor for settlement of merchant payments via blockchain.

“I wanted to get into an industry where everything was clean and simple,” noted the businessman.

The in-room facilities hint at the target customers for the brand.“We were looking at 25 to 40 year olds,” he told Innovation Hong Kong. “Interestingly enough, most of our travellers are between the age of 35 to 40. I think it’s just that these are people that think like us, and just want a breath of fresh air: that are not after the loyalty points that some of the larger brands provide. The older people, in their 50s and 60s, want that loyalty thing and it may not matter to them what the hotel’s like, or whether it’s another cookie cutter approach,” noted Mr Jhunjhnuwala.

“The younger people want an experience,” he explained. “Today people mix business and pleasure. When you are on a business trip and you come back to your hotel, you still want to put on your jeans and your comfortable shoes, go down and have a drink, meet other people and so on, and go out somewhere. So it’s not about the old traditional business hotel kind of thing.”

What he says is a generational shift in attitude is also reflected in the way communal spaces are organised in his hotels, in a manner similar to start-up companies or so-called “incubators” for young entrepreneurs.

Ovolo was doing that “before these co-working spaces came along”, noted Mr Jhunjhnuwala. “We were already providing spaces for people to hang out in. Why would you want to work in your room and be alone? Why not come downstairs where the atmosphere is nicer, you can meet other people, everybody’s doing their thing: they are working, they are having a drink, having a coffee,” he stated.

He further noted that the new brand Mojo Nomad was “bringing in the younger travellers, who are now more part of the ‘gig’ economy.” Those people “can go and travel and stay wherever they want to, and all they need is to work from a laptop,” he stated.

Asked why young people would use his hotel service rather than seek accommodation via an online marketplace such as Airbnb, which connects service buyers to private landlords, the entrepreneur observed: “With Airbnb, you are stuck alone in your room. And if you come with a few mates, not everyone can stay in the same Airbnb apartment. With us, you can all stay in the same hotel.”

Mr Jhunjhnuwala also explained the decision to expand into the Australian market, a process that began in 2012 with the opening of Ovolo Laneways in Melbourne, Victoria.“We noticed that the largest demographic that was staying with us in Hong Kong was Australians. And it was a natural decision to think ‘why don’t we branch into Australia first?’,” the businessmen told us.

“It’s not so far away. We thought if they like our brand in Hong Kong, they would probably like our brand there. We were right with that. It was a simple decision: it is a Commonwealth country, and has a legal system similar to Hong Kong, with common law… and they allowed for foreign investments,” said the CEO.He added: “We are looking at a few more properties in Australia, we have started looking in New Zealand, we started touching upon America, so we are looking around right now.”

Part of the brand’s mission statement mentions a desire to “make our guests shine every day”, and also a wish to see “shiny happy people”, the latter an echo of a famous song by the American rock band REM.

On occasion the CEO will present himself as a regular guest when visiting his properties, engaging other guests in conversation.“You get to learn a lot,” he noted. “You can just tell from the smiles of people if they are having a great time.”

Summing up the brand’s approach to the hotel business, the CEO observed: “You just do all the things that you hate a hotel for not doing… and the next thing, you know what? People start calling you a disrupter. And you start winning awards.”

Ovolo Woolloomooloo and Ovolo 1888 Darling Harbour were voted number two and number five “Best Hotels in Australia” and in the “Top 15” in the South Pacific, and Ovolo Central in Hong Kong was also voted into the “Top 25 Hotels for Services in China” in the 2017 Trip Advisor Travelers’ Choice Awards. 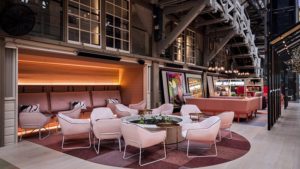 Mr Jhunjhnuwala added: “We didn’t realise that by doing all these things we are disrupting a very old industry. But that’s what we’ve done. We are disrupters.”