The ETM is a concept developed by the Asian Development Bank (ADB), which aims to leverage low-cost and long-term funding geared towards early coal retirement and the reinvestment of proceeds to enable renewable energy projects.

ACEN is the listed energy platform of the Ayala Group. The company has ~4,000 MW of attributable capacity in the Philippines, Vietnam, Indonesia, India, and Australia, with a renewable share of 87%, which is among the highest in the region.

ACEN’s aspiration is to be the largest listed renewables platform in Southeast Asia, with a goal of reaching 20 GW in renewables capacity by 2030. In 2021, ACEN announced its commitment to achieve Net Zero greenhouse gas emissions by 2050.  This will involve the early retirement of its remaining coal plant by 2040 and transition the company’s generation portfolio to 100% renewable energy by 2025.

The landmark transaction will enable the early retirement of the 246-MW coal plant in Batangas, Philippines. As part of the ETM structure, the coal plant’s operating life of up to 50 years will be cut in half, as ACEN commits to retire and transition the plant to a cleaner technology by 2040. This will help reduce up to 50 million metric tons of carbon emissions.

The ETM for the SLTEC plant involved ₱13.7 billion [USD238.7 million] in debt financing provided by the Bank of the Philippine Islands and Rizal Commercial Banking Corporation, as well as ₱3.7 billion [USD64.5 million] in equity investments from the Philippine Government Service Insurance System (GSIS), The Insular Life Assurance Company, Ltd. (InLife), and ETM Philippines Holdings, Inc., for a total deal value of ₱17.4 billion [USD303.2 million].  ACEN received ₱7.2 billion [USD125.5 million] from the transaction for reinvestment in the company’s renewable energy projects. The balance of proceeds was used for refinancing debt and transaction fees.

Through this transaction, ACEN moves closer toward its commitment to 100% renewables generation by 2025, as well as its ambitious goal of reaching 20 GW of renewables capacity by 2030.

Eric Francia, ACEN president and CEO said, “ACEN continues to blaze the trail for energy transition in the Asia Pacific. As the company has successfully divested its coal asset, ACEN commits to a just energy transition. We have established mechanisms to ensure that stakeholder interests, especially those of the people and communities of SLTEC, are effectively addressed.”

Cora Dizon, ACEN CFO and treasurer said, “Finding a win-win solution to balance the needs of multiple stakeholders amidst the goal of transitioning away from coal was admittedly challenging. Despite this, debt and equity investors still came together to support the financing of this pioneering energy transition deal, which has become a blueprint for other organizations to emulate.” 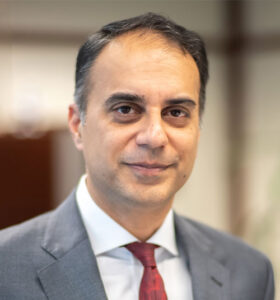 Ahmed Saeed, ADB vice president said, “We commend the Ayala Group and ACEN for the successful closing of this pioneering ETM transaction. We hope that this sets the tone for others to pursue the just transition of thermal plants to cleaner technologies.”