AI is our friend but the future is human

With the upcoming world first hybrid tech event – Future Human happening in October, Innovation Hong Kong asked  Ann O’Dea to explain why AI needs the human factor. Ann is the is co-founder of European tech publication Silicon Republic and, founder/curator of Future Human. She is based in Dublin, Ireland and is a regular visitor to Hong Kong.

With a worldwide pandemic accelerating the speed at which new technologies and machine learning are being adopted and employed, the need for human intervention was never more apparent, says Ann. 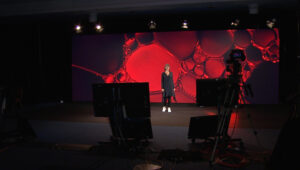 In recent months, companies that were slowly adopting remote, hybrid and flexible business models, have suddenly had fully remote, digital models thrust upon them. From using software – from MS teams to Slack – as an aid, to using them for the entire day-to-day organisational communications, from sometime videoconferencing to an entirely video-based meeting schedule, from human customer service to AI-based automation, the world has changed utterly – and fast.

Of course it is not just companies that have had to accelerate the pace of change, but also Government bodies, charities, event organisers and educational institutions, to name a few. The latter are facing very uncertain first terms in September and October, and universities like Trinity College Dublin here in Ireland have spent the summer in contingency planning mode, coming down ultimately on a hybrid model that will have some in-person classes, but majority online delivery of lectures and tutorials in the early days.

In this regard they have found technology to be their friend, but recent events in the UK, our neighbour, have placed a spotlight on the limitations of technology, Artificial Intelligence and algorithms. With all in-person final year exams cancelled both there and in Ireland, students here are waiting with baited breath for their calculated ‘results’ on September 7th, which will be partly based on mock exam results and teacher assessments, with an algorithm then taking over to ‘standardise’ results. And there’s the rub.

Having witnessed the fiasco the other week, with the UK Government having to make an embarrassing U-turn on exam results, there’s understandable concern. In the UK, the algorithm used to ‘standardise’ its all-important A-Level (DSE) results was shown to be seriously flawed.

But surely that is the beauty of an algorithm? That it removes all the risk of human bias? Far from it. In short, it was found to seriously discriminate against students from disadvantaged areas, based on their postcodes, to the extent that some saw their grades fall significantly below those predicted by their teachers. The UK Government was forced into reverse, after students took to the street by their thousands, resulting in the grades of some 40% being increased, based on Teacher assessments alone.

Ministers in Ireland have been quick to emphasise that the Irish model for ‘calculated grades’ will be significantly more robust and that, if necessary, the Department of Education here will learn from this. After much pressure from opposition parties this week to “publish the algorithm’ that is used here to standardise grades, Education Minister Norma Foley insisted that far more weight in Ireland will be given to the ‘human’ judgement from teachers and schools. So much for technology.

It’s a timely reminder that algorithms are only as unbiased as the humans that create them, and that automation is not the answer when assessing a human’s learning and ability and, above all, their fitness to enter University.

“The sad thing about artificial intelligence is that it lacks artifice and therefore intelligence,” says French sociologist and cultural theorist, Jean Baudrillard. A little harsh perhaps, but it is worth positing that AI will always work best when closely programmed and monitored by human intelligence. Notwithstanding remarkable advances in AI, there is much to suggest it will always work best as our friend, not our replacement. The future is very much human.

Innovation Hong Kong is a proud supporter of Future Human- to find out more and enjoy a special discount on executive and standard tickets please go to the What’s Happening section/vertical on this website to learn more and register now.