DERMALOG, provides the next stage of identification security. The Hamburg based company, with its Automatic Biometric Identification System (ABIS),compares multiple biometric features simultaneously. This sets new records in matching speed.

Biometric identification methods are already part of daily life, eg passport control at the airport or  unlocking mobile devices such as smartphones and tablets. However, often only one biometric feature – either fingerprint or face – is checked. Solutions that match multiple features are much more secure and more accurate. DERMALOG provides such a solution with its Automatic Biometric Identification System (ABIS).

To identify a person, DERMALOG ABIS combines the matching of fingerprints and faces. For even more accuracy, the system can also check the irises ( in your eye). ABIS can also compare up to 3.6 billion fingerprints, over 1 billion faces and 25 million eyes per second. DERMALOG’s high-speed ABIS is the first system to enable real-time biometric recognition when matching large databases. SGS-TÜV Saar recently confirmed the system’s speed records. 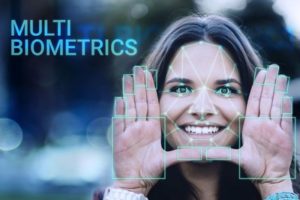 The system is already in use worldwide, in banking, border controls and issuing official documents such as ID cards, passports and driver’s licenses. DERMALOG CEO Gunther Mull commented ” With DERMALOG ABIS we position ourselves once again as an innovation leader and provide the next level of secure identification.”